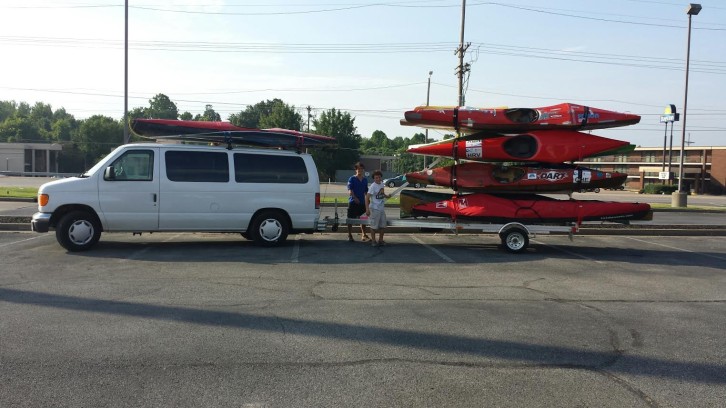 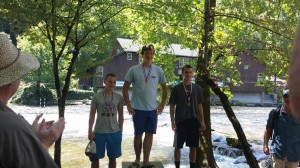 Although our athletes had already earned spots on the team, Team Colorado has been setting the pace in C-1 and K-1W in the run up to US Nationals and Eastern Team Trials. Peter Coggan has been consistently the fastest junior C-1; in the Nantahala Falls he is attacking the drop where others ride their brace. Will Coggan has been dueling it out with veteran C-1 Tom Wier (Dawson ’98) and he is looking very strong. Joslin Coggan has been increasingly aggressive, and her customary blend of will power and guts is apparent in every run. Karl Allen has been consistently strong and competitive with the other US kayaks while he is working on putting all the details and precision into his lines in preparation for Worlds. Henry Hyde has likewise been a powerful contender in the kayak class. However, Nate Foster deserves credit for being one of the strongest kayaks while being the only cadet in the mix. He earned a team uniform despite being too young to make the junior team in recognition of his prowess and potential; he will be a forerunner. Nate posted the best TCWR time.

We have been enjoying meeting athletes from other countries, and it has been fun to get to know the Czechs a little bit. Some of our athletes are beginning to negotiate with other countries as they look to purchase boats. However, we have also been making an excellent connection with the team from Maine. We have been sharing dinners and lodging with them, and it has been a pleasure.

It is important to note that USA Wildwater and NOC have teamed up to do a superb job organizing this event. There have been shuttles for athletes and their boats, the eastern team trials and nationals went off smoothly and totally on schedule, and Tom Popp organized a superb Team Dinner. All athletes on the team were recognized and received uniforms in a wonderful setting that was nice but great fun. 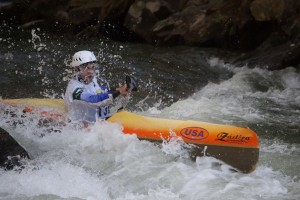 Marin Millar and Tom Wier have been doing a superb job of organizing workouts with the support of Jeff Owen from Maine and Nate Lord. Peter Kabzan, who won the C1 class at Nationals, has also been supporting our athletes. It has been a strong coaching staff who have been able to concentrate on the athletes. 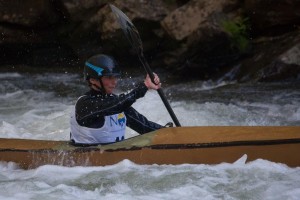 The next phase of the adventure begins now that Nationals and eastern trials are over. The World Championships begin on Tuesday. The coaches have done a great job of sorting out athletes into teams so that everyone gets to race as much as possible. It will be an action packed week!